Achalasia – All you need to know 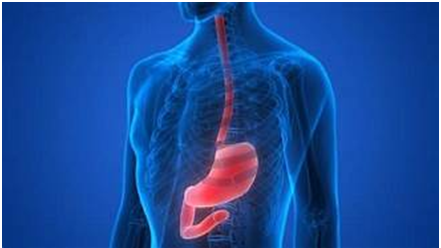 What exactly is Achalasia?

What are the causes of achalasia?

What are the most prevalent achalasia signs and symptoms?

How is achalasia diagnosed?

What treatment options for achalasia are available in Mumbai?

Do you have such questions in your mind?

All of these questions are answered in this article. Read this article to get answers to all of your achalasia-related inquiries.

What exactly is Achalasia?

Achalasia is a disorder of the food pipe (esophagus), which transports food from the mouth to the stomach. The LES (lower esophageal sphincter) is a muscular ring that separates the esophagus and stomach. The LES does not open during swallowing in achalasia, causing food to accumulate in the esophagus. Swallowing becomes harder as a result of this.

Consider a basket full of fresh fruits. What happens if you try to fit additional fruits into a basket that is already overflowing with them and has no room for more? The fruit will not be able to stay in the basket. The fruit will fall off eventually. Achalasia is the same way. In achalasia, the food pipe is full of food that other food cannot enter the esophagus, and hence swallowing food becomes difficult. There is a backflow of food in the throat.

If you suffer from achalasia, it is advisable to get treatment from the best bariatric surgeon in Mumbai.

What are the causes of achalasia?

One of the most common causes of achalasia is hereditary. Achalasia is more common in people who have autoimmune diseases. Cancer of the esophagus causes symptoms that are similar to those seen in achalasia. People of higher age are more likely to be diagnosed with achalasia.

What are the most prevalent achalasia signs and symptoms?

The following are some of the most prevalent indications and symptoms of achalasia:

It is recommended that you seek aid from the best gastroenterologist and bariatric surgeon in Mumbai if you detect any of the aforementioned indications and symptoms.

How is achalasia diagnosed?

One or more of the following tests will be used by your doctor in Mumbai to diagnose achalasia:

What treatment options for achalasia are available in Mumbai?

Achalasia can be treated using the following therapy options:

Hope this article has answered all of your achalasia-related questions. Food gets trapped in the esophagus because of achalasia.Achalasia makes it difficult for food to enter the stomach. It leads to difficultyin swallowing. It can also lead to a backflow of food. Achalasia is more likely to be diagnosed in those with autoimmune illnesses and those who are older. But don’t worry! Achalasia can be treated with the help of the best bariatric surgeon in Mumbai. Pneumatic dilation, surgery, and other treatments are some of the solutions for treating the problem of achalasia.

So, what are you waiting for?

Now is the time to see a doctor in Mumbai to get your achalasia cured!

Surgery of the upper Gastrointestinal organs such as the esophagus, stomach, duodenum and upper part of the small intestine

Surgical treatment for diseases of the digestive tract ranging from gall bladder and appendix surgeries to colorectal, cancer surgery and hernia surgery using the keyhole method

Surgery involving reconstruction of abdominal wall in order to restore abdominal wall anatomy and function especially in patients suffering from large hernia’s, either by keyhole or open surgery

Using keyhole surgery to operate on the liver, pancreas and biliary system to correct various benign as well as malignant diseases of these organs

Using keyhole surgery to operate on the various endocrine organs such as the thyroid, parathyroid glands, adrenals, pancreas, spleen etc.